If you neglect to change your vehicle’s battery, you might end up being stranded on the side of the road at the most inconvenient time. It’s tough to tell when your battery needs to be replaced and many times you’ll find yourself on the way to an important event when it happens – which is why road side assistance was invented. Luckily, there are numerous manufacturers out there that work with portable power supplies that gets you and your vehicle back out on the road.

There are times when these massive machines are not able to start under load or cannot develop the necessary torque without the aid of a portable power source. Once it has been “jumped” the engine will tend to take care of the rest of the work. This is often done by a unit carrying lithium ground support equipment – as locomotives use lithium as a preferable energy source.

Also, airplanes tend to use portable power supplies as well. Because of the complex mechanisms and the mammoth-like size of an airplane, a power supply is often needed to get it going. Additionally, planes use lithium batteries as their power preference. Prior to the advancement of lithium-ion technology, nickel cadmium (NiCd) batteries were the primary choice for planes but due to their heavy weight and lack of power, they quickly became outdated.

One of the advantages that lithium-ion batteries have is that they can deliver a huge amount of power in little time – even for the most demanding tasks like starting a jet engine up. Another is their ability to be able to recharge quickly which plays an important backup role during the flight. Finally, their functionality is ideally the same as a NiCd battery but they are 30 percent lighter and smaller –the size of an average car battery.

If you are the owner of a small plane and are in need of a portable power pack, you’re in luck. Various manufacturers carry and sell quality power packs for private plane owners. If you want to carefully manage your own private “airport”, then you’re going to need a high-powered source that has the capability of starting an engine as demanding as a plane.

How to paint your old wicker furniture

Sat Jun 15 , 2019
If you neglect to change your vehicle’s battery, you might end up being stranded on the side of the road at the most inconvenient time. It’s tough to tell when your battery needs to be replaced and many times you’ll find yourself on the way to an important event […] 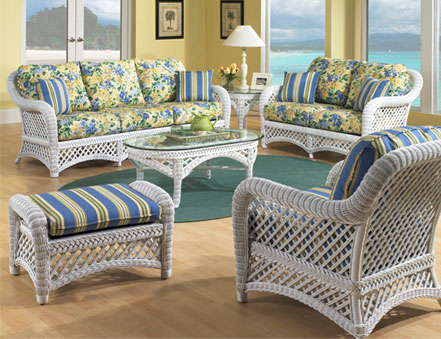 Health Benefits that are Available from Antique Teas

Tips for Decorating Your Outdoor Space

Can You Get Low-Latency Internet for Your RV?

Business Leaders Who Offer Meditation Sessions to the Staff