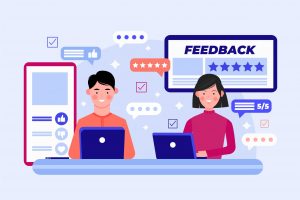 What comes to mind when you think of the most important political issues of our age? For some, it’s economics. For others, it’s environmental issues. Others can probably think of several social issues that may take the top spot. However, there is one issue flying under many citizens’ radars that has proven crucial in deciding elections.

During the 2021 Virginia gubernatorial election, government control in the classroom became the crucial issue that awarded victory to Glenn Youngkin over former governor Terry McAuliffe. Though McAuliffe was the favorite to win, he lost many votes after saying, “I don’t think parents should be telling schools what they should teach.” In contrast, Youngkin ran on a “pro-parent” platform in regards to policies regulating government intervention in the classroom.

According to an analysis by focus group research and political survey company John Zogby Strategies, a “pro-parent” approach to government intervention in schools is proving popular with Republican and independent voters. However, there is more diversity in opinion regarding this issue than you might expect.

One poll from John Zogby Strategies shows people with vastly different political beliefs agreeing that the government exerts too much control in classrooms. These respondents include both conservatives (57%) and liberals (41%) and those directly affected by this type of government control, such as parents of young children (49%).

As policies and regulations are enacted and repealed, both government officials and citizens will learn more about what does and what doesn’t work in the classroom. With the weight of knowledge and experience behind them, citizens will learn to vote wisely on future candidates and issues such as these.